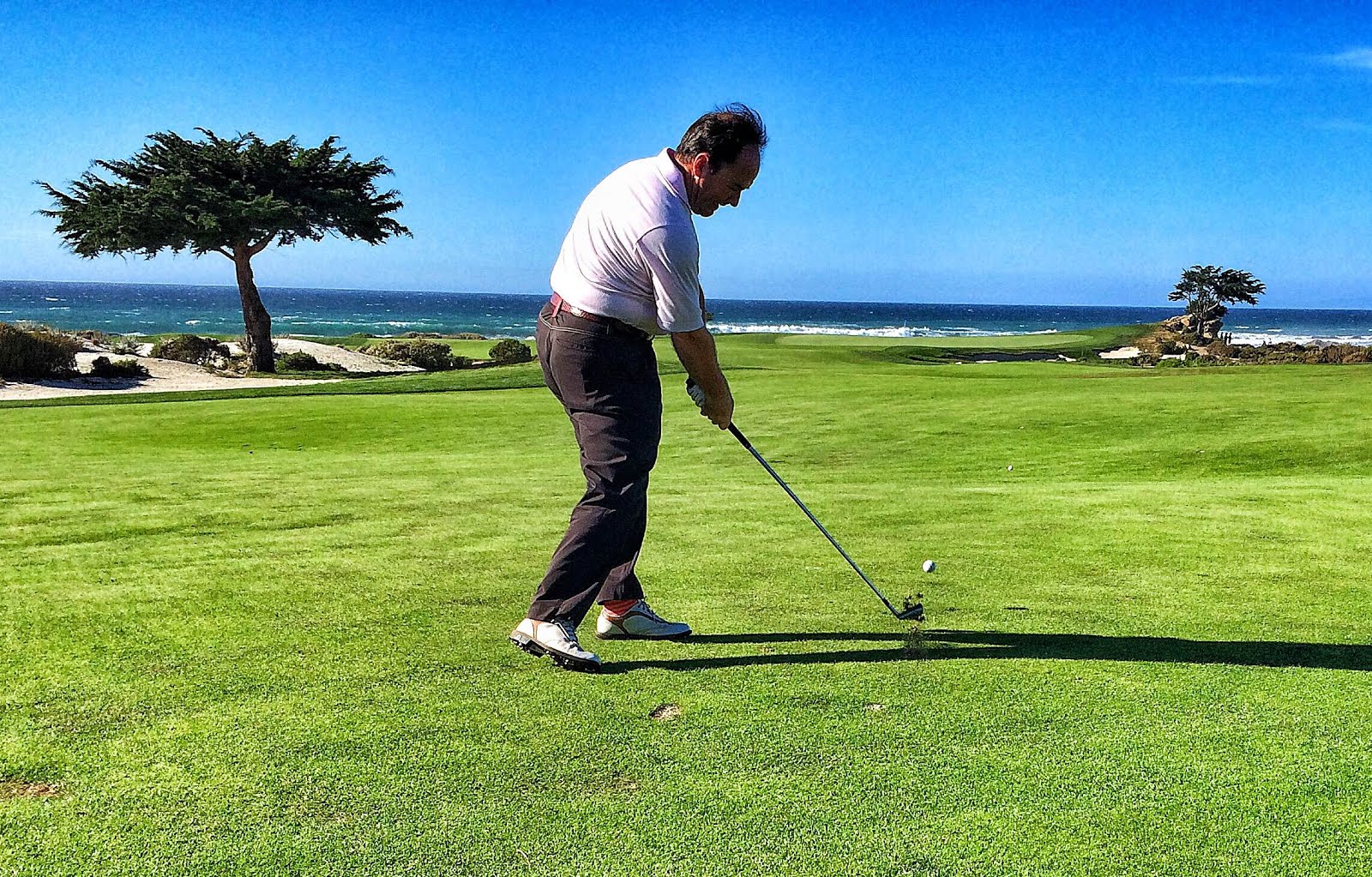 Refurbished golf balls are where a used ball has its outer layer sandblasted off and is repainted. The sandblasting removes exterior scratches on the cover.

Refurbished golf balls are available for 50% or less then the price of new golf balls. The question is are they worth the saving? The day of the testing we posted on Facebook about the test.

The general consensus about refurbished balls was poor, some of the comments were

'Huge difference, I used them and there rubbish, never again would I use them I'd use a marked ball all day long before I'd use them, they're cheap for a reason, nothing beats new.'

'I was given a couple of refurbished Chromesoft X balls playing Rosses Point during the summer they performed reasonably well in particular around the green, the cover on one of them was not refinished particularly well though. I wouldn't use them playing a competitive round.'

'Has to be a difference. I wouldn't dream of using refurbished balls.'

'Tried them before , Absolute rubbish.'

So we tested them to see the difference. We took 15 of each ball, Titleist Pro V1, Pro V1 Refurbished, Pro V1X and Pro V1X refurbished and hit them with a Cobra F8 driver. 3 shots were hit with each type of ball and then switched to the next ball until 15 were hit with them all. It was a very good early January day when they were tested, 12 degrees and little or no wind. The results were recorded with a Trackman 111 launch monitor.


This was mainly a distance test so we were testing if the distances would be similar. The parameters we recorded were ball speed, carry, total distance and dispersion, we also tracked club head speed, launch angle, height and spin.

Here are the results

Ball speeds were quite similar with all the balls with a slight jump with the Pro V1X over the refurbished one.

Dispersions were also similar with the refurbished Pro V1X 4.66 feet closer to the target on average then the Pro V1X.

There was one anomaly in the refurbished Pro V1 shots, one ball that carried only 210.6 yards with a height of 52 feet, around 24 yards less carry and 36 feet lower then average. It stood out from all the others in how poor it flew. This could be a little warning about refurbished balls as we don't know what condition it might have been in before it was repainted.

Should you buy refurbished golf balls?


We can see from the analysis that there isn't a massive performance difference between original balls and refurbished ones. Two of the downsides to refurbished balls are the cover wears much quicker then the originals and the lack of knowledge of what the ball was like before it was repainted.

The answer then depends on how many golf balls you lose in a round. If you lose a few then it mightn't be the wisest to pay a premium for new balls and refurbished is an option. Another option and probably better one is recycled golf balls, which are golf balls that are found and just given a clean.

If you are looking for precise performance then new balls are your best option. The quick wearing of the cover on the refurbished balls would be off putting and the slight chance of getting a dud ball like the anomaly in the testing would also be off putting.

Comments and questions are always welcome
Posted by Padraig Dooley at 15:49